What Diversity Means to Me 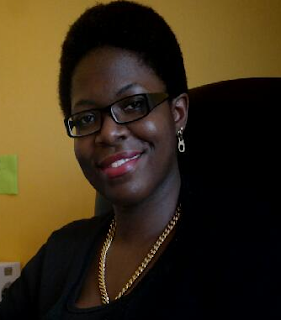 This post has been authored by Olga Kiconco. Olga Is active in the Brisbane branch of the Australian Information Security Association and is working with the Branch Exec of AISA Brisbane, Mandy Turner, on the AISA Brisbane branch Diversity Initiative. Olga has a Bachelor’s Degree in Telecommunications Engineering and EC Council certifications in Ethical Hacking (CEH) and Security Analysis (ECSA) and a Masters in International Business. Olga is a thought leader and strategist and is currently seeking a fulfilling career InfoSec

What does diversity mean to you?

Over the recent years, diversity and inclusion have been a ‘hot topic’ from governments to business executives; kindergartens to higher education institutions, and through personal and professional experience, my resonance with this term has evolved.

Right from when I was young, I have always been passionate about technology, and knew this was the industry for me when my mum set up a home computer when I was 7. Like any other curious kid, I used to muck around with different software and play computer games on that good old ‘TINY’ computer (Don’t think they exist anymore!). I later on progressed to fixing electronics around the house, as my mother was convinced I had magical hands.

However, the greater majority of women not only in my home country, Uganda, but worldwide do not have a similar tale. The gender gap in technology has impelled me to look deeper and understand why this is so.

Back in the day (well…at least according to my mum), there were less than a handful of secondary schools that offered girls A’ Level education, moreover, most of the young women enrolled in Arts subjects. Those who stopped at O’ Levels either moved on to Teacher Training Colleges (popularly known as TTCs), Nursing school or took on Secretarial courses. I mean no disrespect to the ladies in these professions, but I just want to enlighten you about the deep-rooted societal disparity in the ratio of girls to boys taking on STEM subjects.

There are some cultures that still have the view that the woman’s place is in the kitchen and do not bother educating their girls. Boys are given preferential treatment and are sent to school since their return on investment is higher than their female counterparts.

Fortunately, the number of secondary schools admitting girls for A’ Levels has increased since the ‘80s and some of the traditional all-girls schools have produced some of Uganda’s most prominent women in the STEAM fields.

I completed my six year secondary education at one of those and developed some vital life skills that have carried me through the years such as resilience, team work and empathy for others. We were smart and driven young women who leveraged our different talents in different subjects to help and motivate each other and it was there I decided that I wanted to be an engineer as I excelled in Maths and Physics. I also broke the conventional maternal profession of banking and business.

Being in such an environment made it appear to be the norm choosing fields perceived to be challenging and masculine, but I later found out my peers in mixed schools were initially bullied for enrolling in Science subjects.

My mother gave me the opportunity of pursuing my undergraduate education in Malaysia, as the IT industry in Asia was growing rapidly. I knew that this was a different domain altogether, and that my Engineering classes would have a smattering of fellow Africans. In the early stages, being one of the other Ugandan girls in my class as we were rather noticeable was quite unsettling. We had to learn how to step out of our comfort zone and made friends with our countrymen as well as some locals. We held group discussions and revision, and used our strengths in the various challenging subjects to help each other excel. I achieved my goal and graduated as a Telecommunications Engineer, something my mum doesn’t forget to bring up, given the opportune moment!

For postgrad, I did a Masters in International Business (I didn’t escape fate after all). The program is designed such that teams of 4-6 different nationalities and educational backgrounds tackle contemporary business challenges in management, strategy, finance, CSR, to mention but a few. Initially, this somewhat felt like the Hunger Games as it was very competitive and most of us had stereotypical perceptions of each other. As the weeks went by, we learned more about each other and used the varying team dynamics, vast experiences and skill sets to innovate feasible solutions to our assigned cases.

These enriching experiences have shaped my view of the world and I feel that people should take advantage of the great opportunity of an increasingly globalized world to look at things from a different perspective. Diversity enriches creativity in solving problems and facilitates critical thinking, skills that are essential for one’s personal and professional development.

I believe each of us is a pixel in the bigger picture.

“If you want to be successful, you should be able to relate to people from all walks of life.” ~ Zain Asher, CNN Correspondent